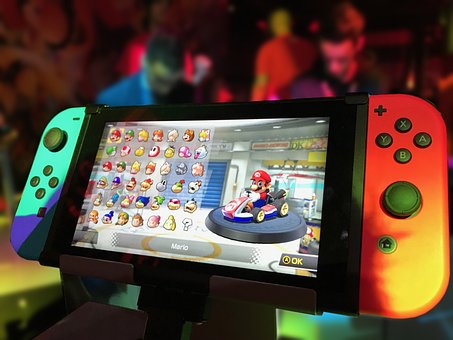 After nearly five months on the market, Nintendo has shown some astonishing hardware and software sales pertaining to the latest console handheld hybrid, I would go as far as saying these numbers are impressive. I applaud Nintendo for placing their sales out there and seeing the numbers have made me a proud Switch owner.

I had never really cared about Nintendo, I wouldn’t even go as far as saying I do now. I possessed a Wii like everybody in the world, but barely played it, it collects dust somewhere at my parents house. Late last year I purchased a 3DS and traded it it a month later. Nintendo hasn’t been able to keep my focus and keep me coming back to their console and play their matches. Until today that is. The Switch has been the best gaming experience this year for me, hardware and software alike, which says a lot in such a home run year for gaming throughout the board.

This is an impressive accomplishment considering how much the tide was against them, particularly after the colossus failure that was the Wii U which sold approximately 3 million units in the same time span and only 13.56 million units in its short lifetime. At the Switch’s rate today, I wouldn’t be surprised if it sold 10 million units by the end of the year and succeed the Wii U’s lifetime sales at the end of Q1 next year.

On top of the hardware achievement, the games are selling tremendously well. Next up is Mario Kart 8 Deluxe with 3.54 million earnings. Both of these games have a mind boggling attach rate and are really impressive. These are impressive numbers for Nintendo and I am sure Splatoon 2 will become a huge hit, it is already sold nearly 700,000 copies just in Japan. Notice, these software sales don’t count for third party titles, but still are close to eclipsing the Wii U’s 11 million software sales in precisely the same time.

One of my biggest complaints about the Switch was the lack of games at launch and in the foreseeable future. As of right now though, I really like my small collection of first party games that have surpassed expectations. There’s been a fair amount of smaller non party titles, but nothing that has caught fire. However, I’ve had a consistent schedule of rather solid releases during the first few months.

Also, the simple novelty of this handheld to tv and the consistent quality of these games regardless of how you play them hasn’t worn off. There are a lot of ways to play and I love it. I’m all in on this system and can’t wait for what is to come.

If Nintendo can keep on releasing first party games at a steady rate and get more quality third party service, the Switch will sell like hot cakes. They need to get these things back on store shelves, however, especially for this vacation, which will surely be huge for them as their first holiday on the industry and with the new Mario releasing. The guys at Chattanooga TN Wildlife Control are eagerly awaiting this.